Click on this image to enlarge the book cover.

Dancing in Heaven is the overwhelming life story of two young people struggling with love and death in a world dominated by glamour, money and megalomania. DJ Mishka Kamadev’s desperate search for pure love and commercial success gets bogged down by lies and deceit. Greed and materialism have distracted him from his love for his wife Lisa, who is incurably ill.

There are a few crucial moments in the gripping story of Dancing in Heaven when Mishka makes the wrong choices, because he has been blinded by his huge success as a DJ and by his newly acquired riches. He thinks he is a God in the trendy music scene full of malicious gossip and envy, but his fame appears to be fleeting, just like his accumulated fortune. His real life — that is, his love for Lisa — gets into hot water. Although she is his only reason for living, again and again he runs away from her because of his uncontrolled desire for self-assurance. Mishka is completely bound up with the God of Greed and Fame and forgets about the other God, the one of Love. But apart from that he lives the passion of the one-night-stand. Initially that only conjures up panic and chaos. Mishka gets lost in self-pity and even has to confront death. When he finally is able to oversee the ruins of his life, it’s almost too late for him and Lisa. In the end he manages to make up his balance of profit and loss and appears to have been richly rewarded, but not in money…

How to live and survive in a world in which the merciless pursuit of money is celebrated and love is commercially exploited? That’s the question Pilarczyk’s first novel tries to answer. Dancing in Heaven is an exceptional story because the author ingeniously combines two totally different worlds, the fake one of big business and the real one of pure love. And thanks to that unique and instructive combination of two colliding worlds, resulting in an unpredictable happy end, Dancing in Heaven is a tremendous success. Sold 30.000 copies within four months in the Netherlands and Belgium. An outstanding performance by newcomer Michael Pilarczyk.

In the seventies when he was a small boy, Mishka Kamadev moved with his parents from poor communist Poland to the wealthy Netherlands. In his youth his grandfather, earning lots of money, is his role model, far more so than his parents who are struggling for their existence. The love of his youth is Lotte, but she finds no purpose in life, while Mishka becomes a successful social climber. They drift apart.

In the nineties, enterprising adolescent Mishka is a rising DJ-star. Soon he earns far more money than his father and becomes the first internationally renowned Dutch DJ. When he is 22 he marries the love of his life, 29 year-old Lisa di Angelo. He lives in a barn of a house, is The God of House Music and thinks he’s a made man. The glamorous life appeals to him but at the same time death grins at him: Lisa appears to be incurably ill. In his nightlife nothing seems to matter for the DJ-God, during the day however, he looks after Lisa who is terminally ill. This split existence is too much for the energetic and self-confident Mishka. He can’t cope with this responsibility and seeks oblivion in vodka and women, including Lisa’s close friend and a Hungarian whore. 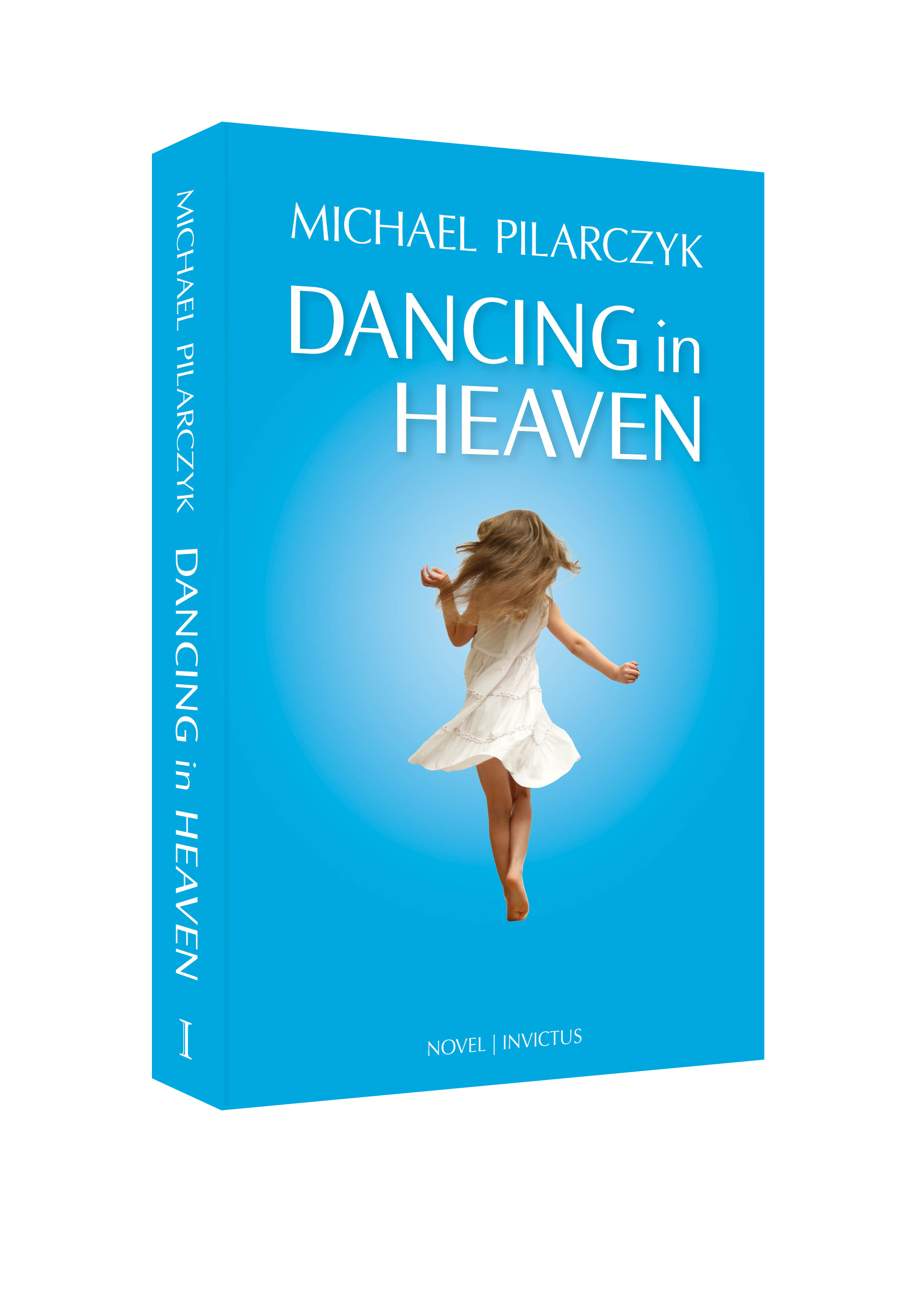 Apart from the colliding world of night and day a totally different world emerges: the stock market, reckless speculating with borrowed money and setting up his own music company. Unfortunately the naive spirit of young Mishka’s enterprise is no match for the cunning of tough entrepreneurs, stock traders, bankers and the economic depression. Suddenly he is confronted by an enormous debt. During a miserable and drunken night he seeks comfort with his old girl friend Lotte. She phones him a few months later confronting him with the news: she’s pregnant.

Mishka tries to escape from the financial swamp and from the ruins of his love life. Lisa is getting weaker and weaker, but with death on the doorstep she appears to be self-sacrificing and a tower of strength. Mishka turns to her and his little daughter Donna for support. Finally he is growing up and doesn’t run away from his responsibility as a husband and father anymore; the husband supporting his wife in her final days and the father starting to raise Donna and building a new future. 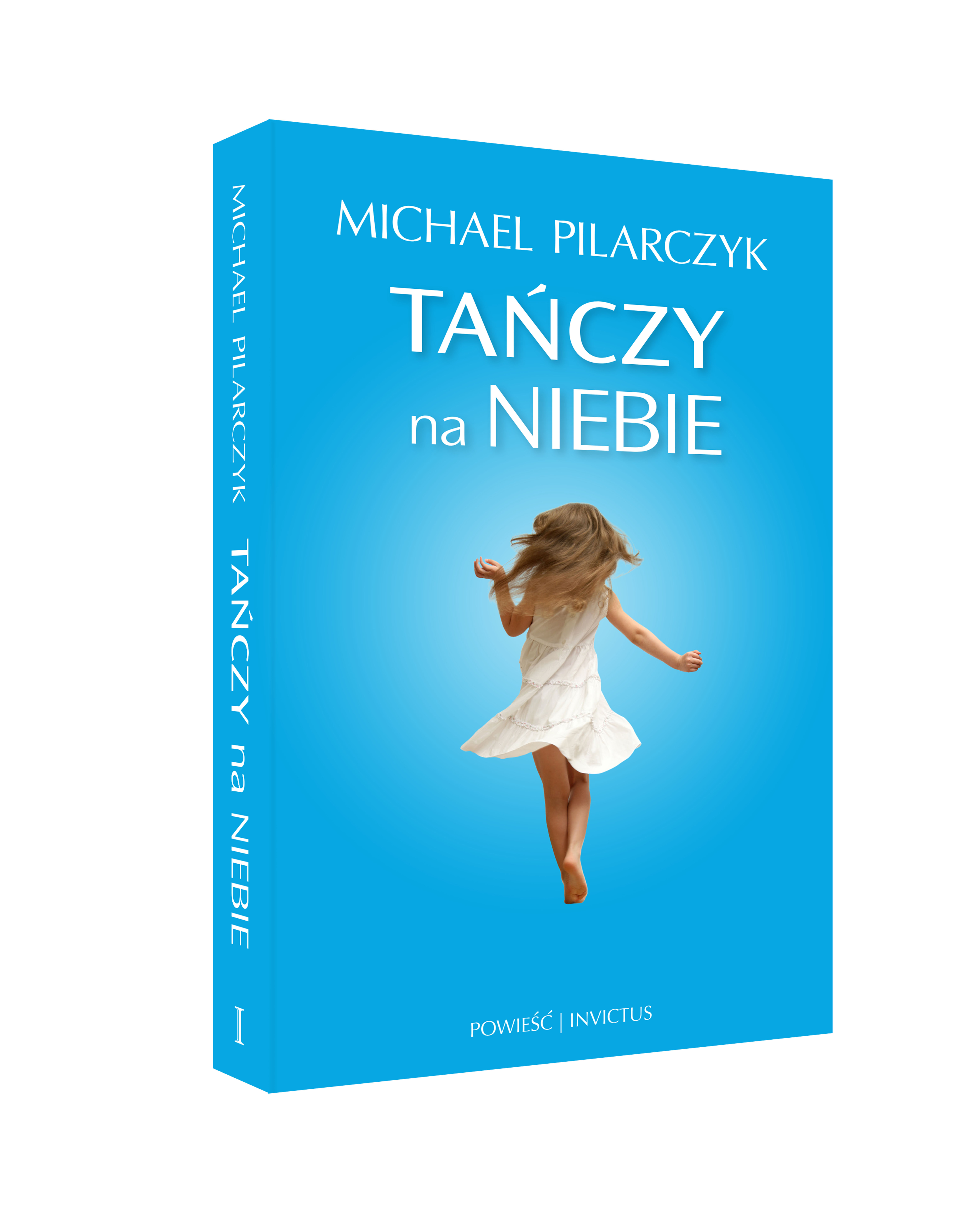 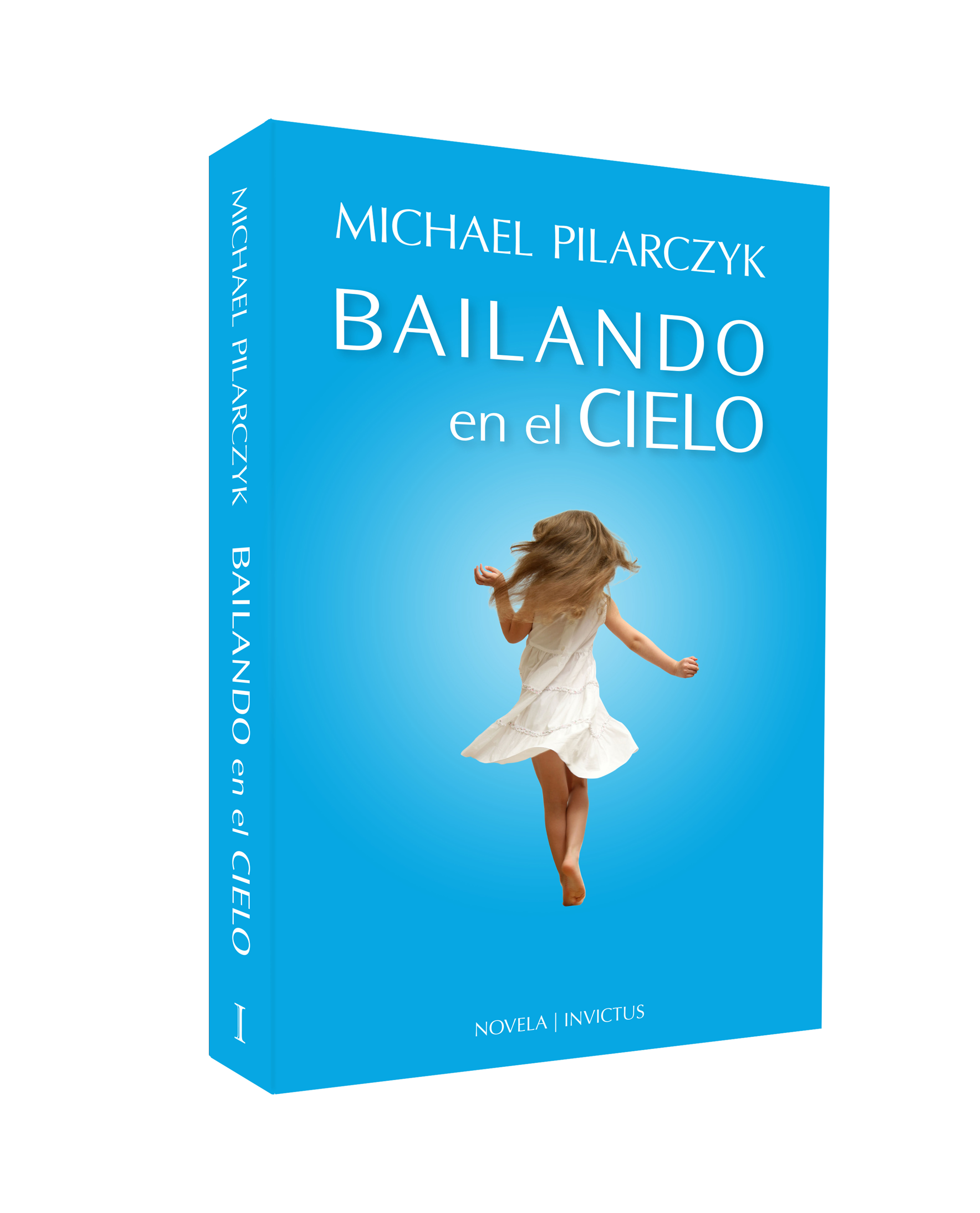 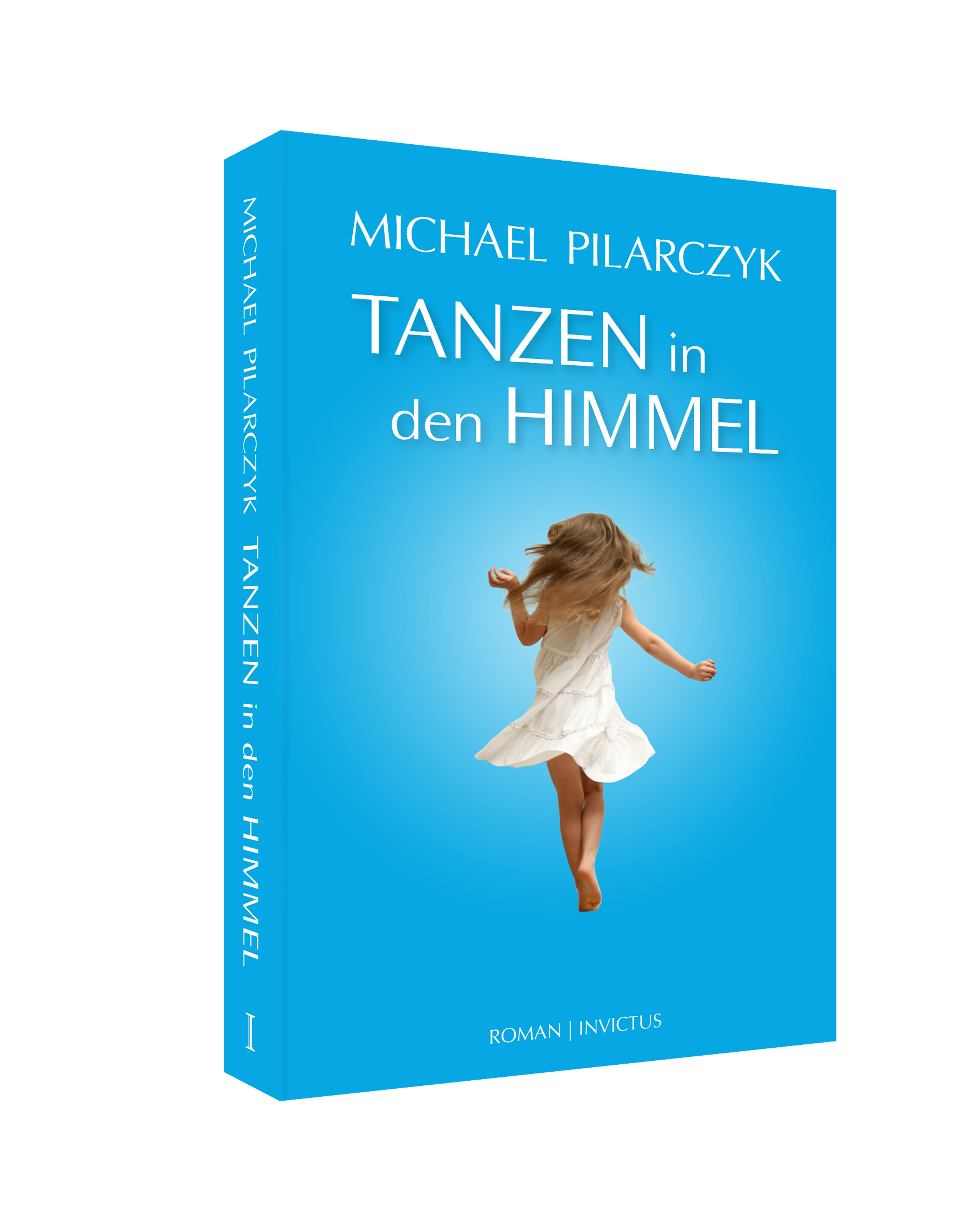 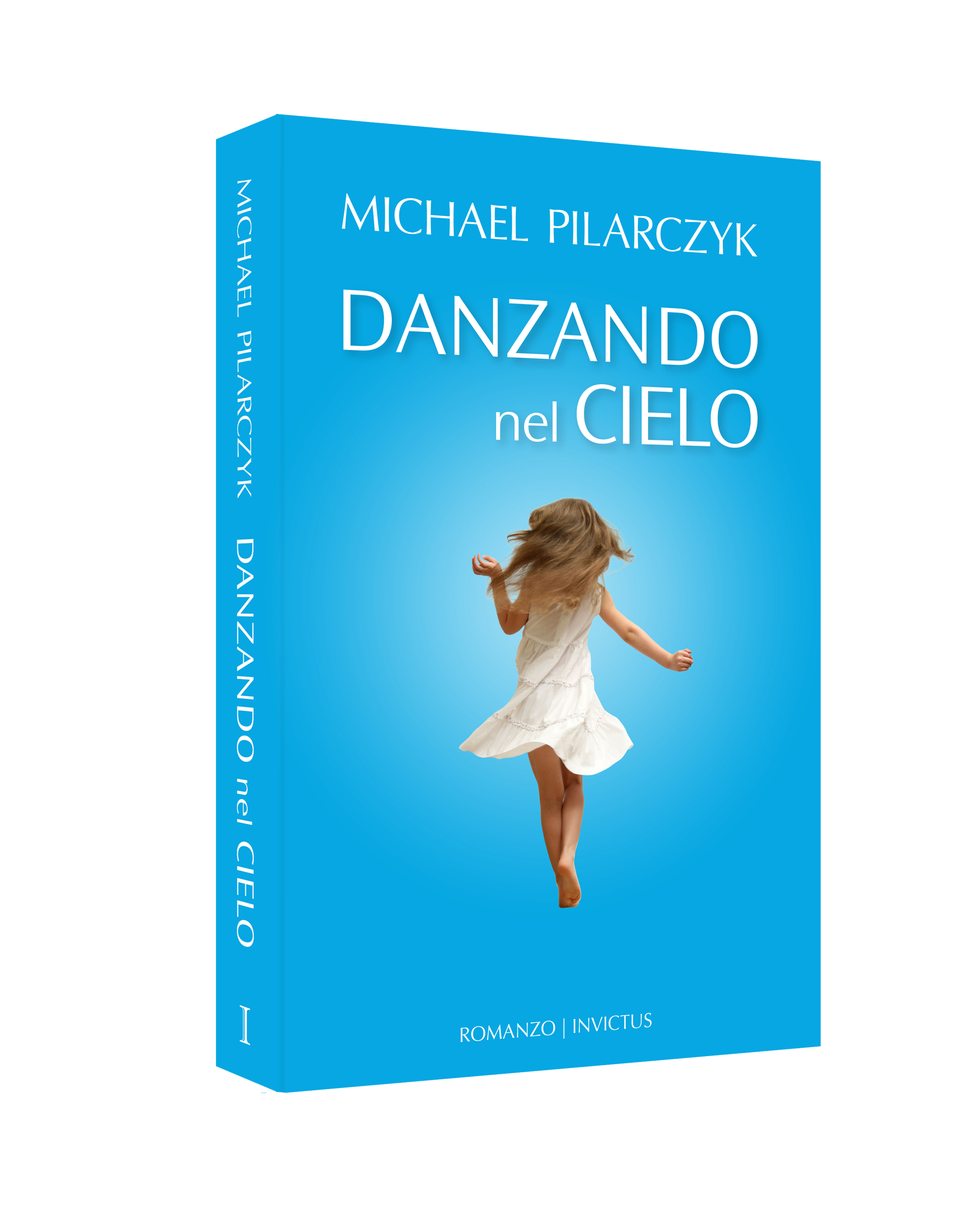 ONGOING ATTENTION FROM THE MEDIA

Dancing in Heaven was released on the 23rd of May 2014 and sold 30.000 copies within four months in the Netherlands and Belgium. This first novel by Dutch author Michael Pilarczyk immediately hit various bestseller lists and reached the top 5 spots of major bookselling chains (AKO en Bruna) and Bol.com in no time. Both book and author received massive media attention for weeks. Pilarczyk was also interviewed on national radio and television, full-page interviews and reviews were published in major magazines, popular websites and all national newspapers. On Facebook, readers and fans posted thousands of messages and positive reviews. Click here for media exposure. 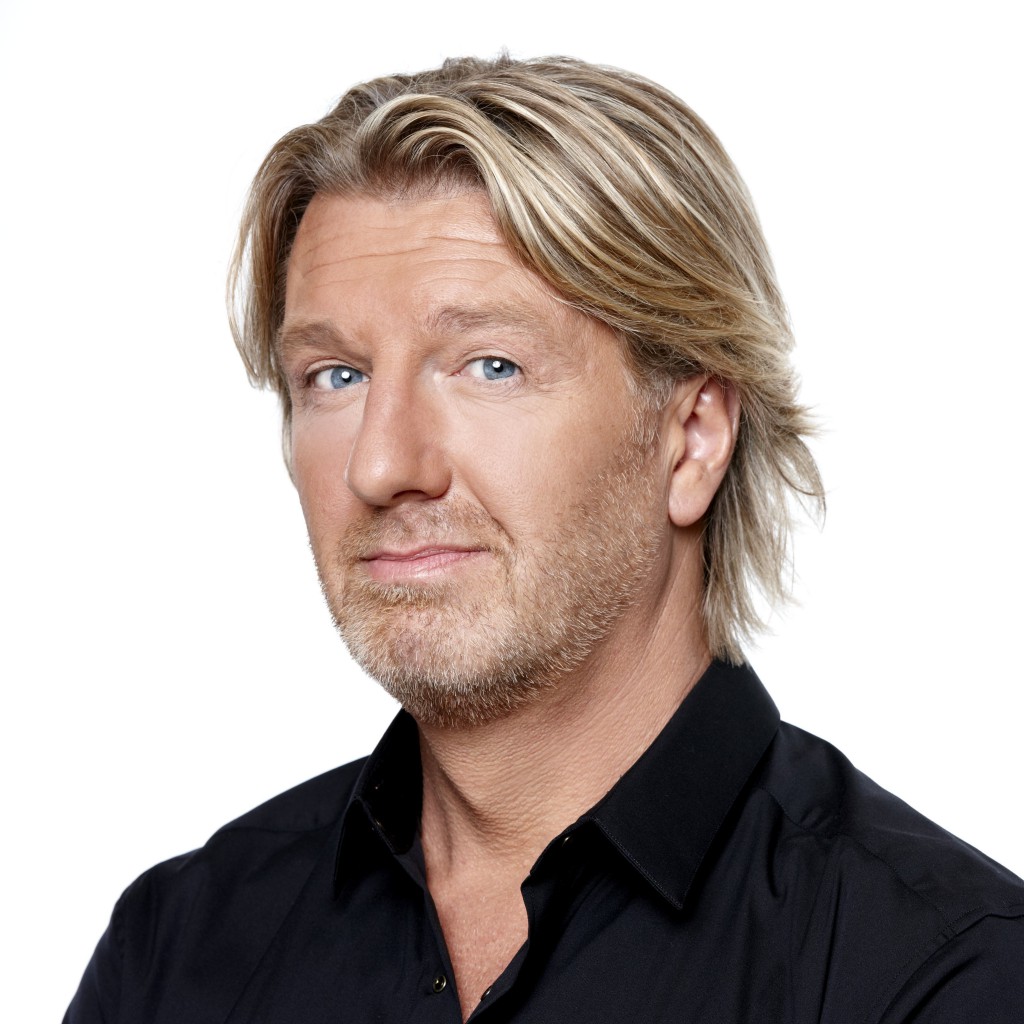 Michael Pilarczyk (born in Poland, 1969) is a Dutch author. His first novel Dancing in Heaven sold over 30.000 copies within four months (June-September 2014). He became well known in the Netherlands between 1988 en 2010 as a radio and television personality. At the age of 29 he became a millionaire, but during the financial crisis in 1998 he ended up broke. One year later he founded his first media company in the Internet business. After selling Pilarczyk Media Group in 2007 to publishing house De Telegraaf, he entered Quote’s ‘top 100 self-made entrepreneurs’. As a passionate sailor he sailed along various European coasts during a 40 month sabbatical. He lives alternately in Amsterdam and Barcelona. Pilarczyk is a life coach and well-known inspirational speaker on personal development. 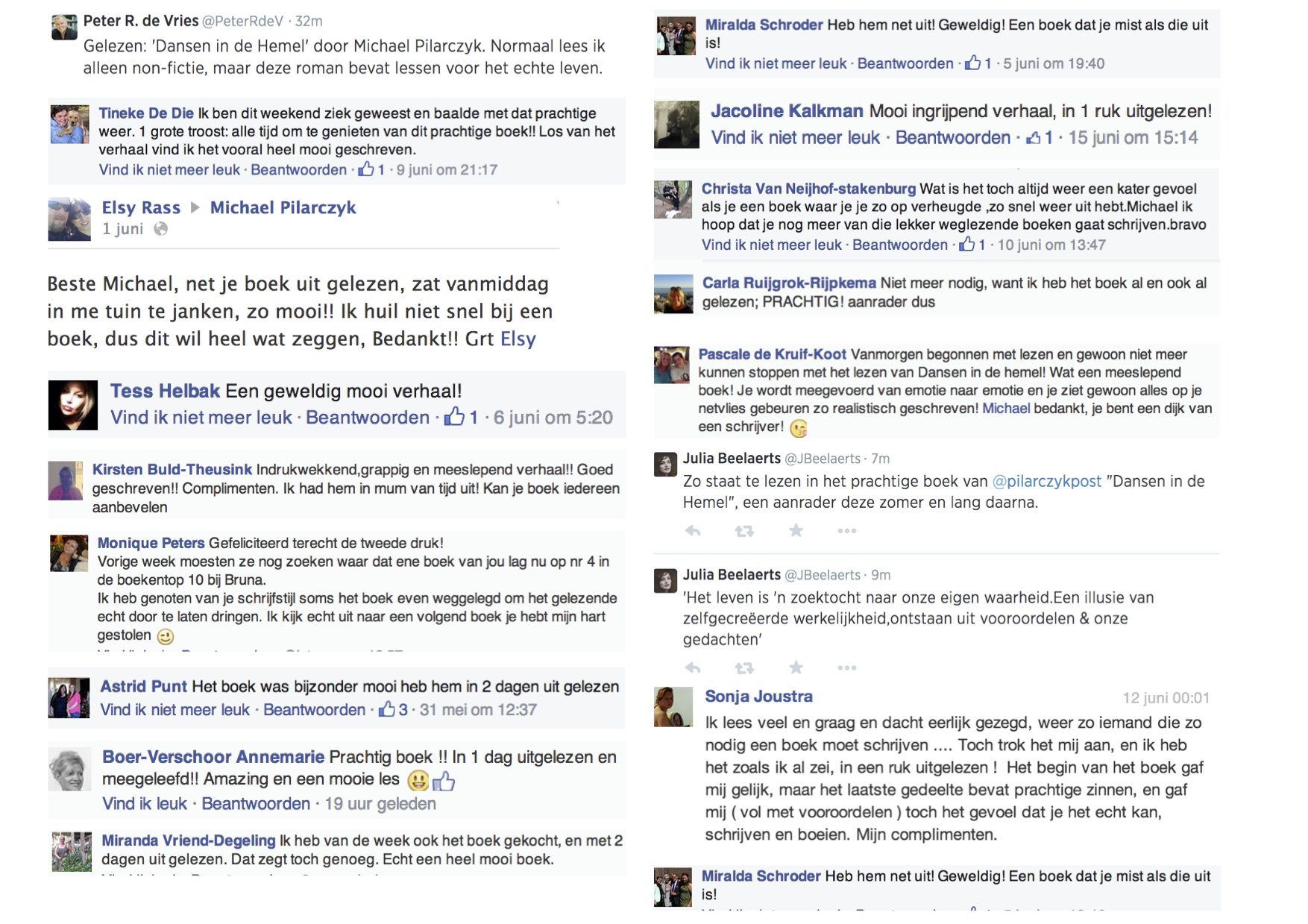 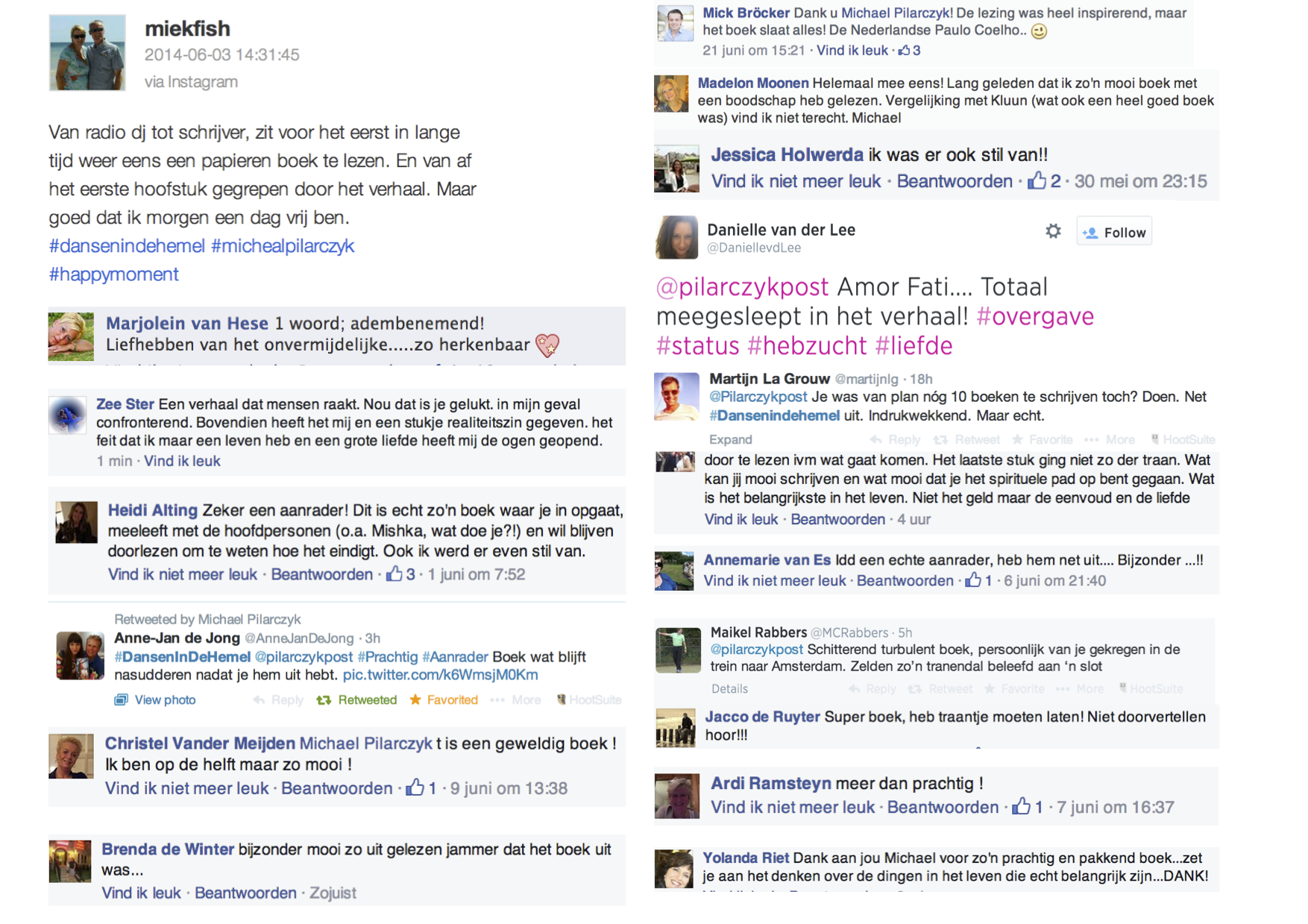 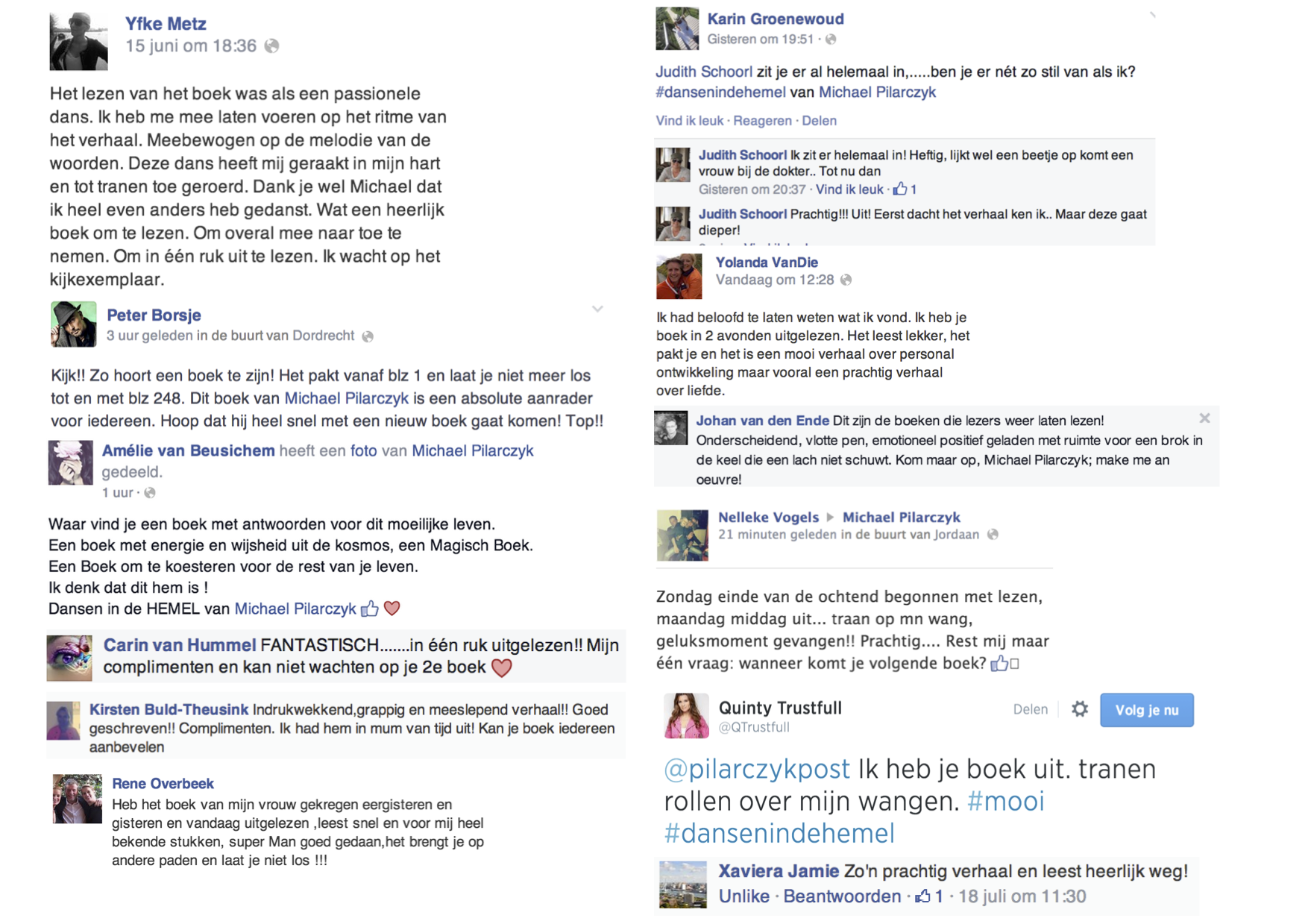 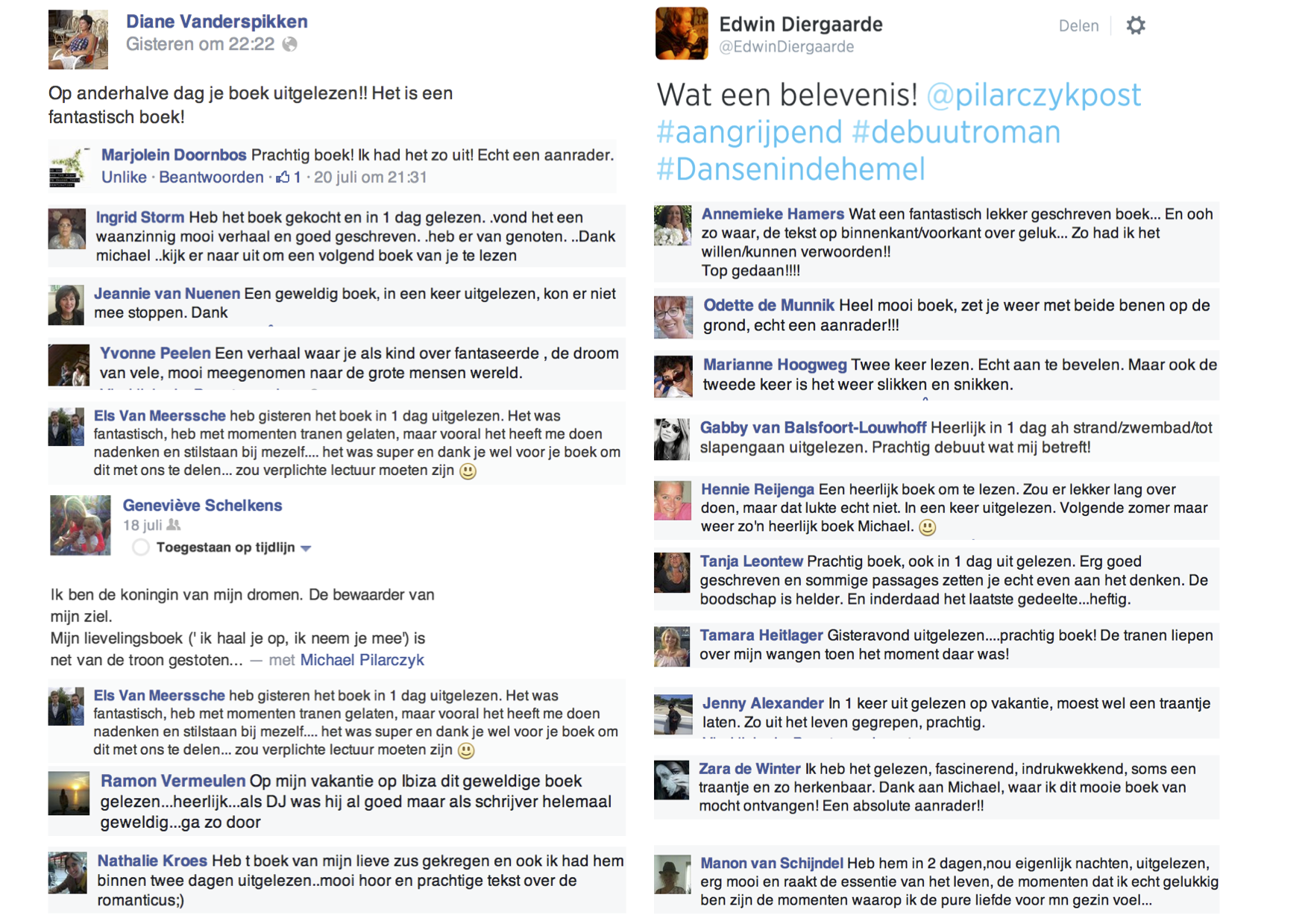 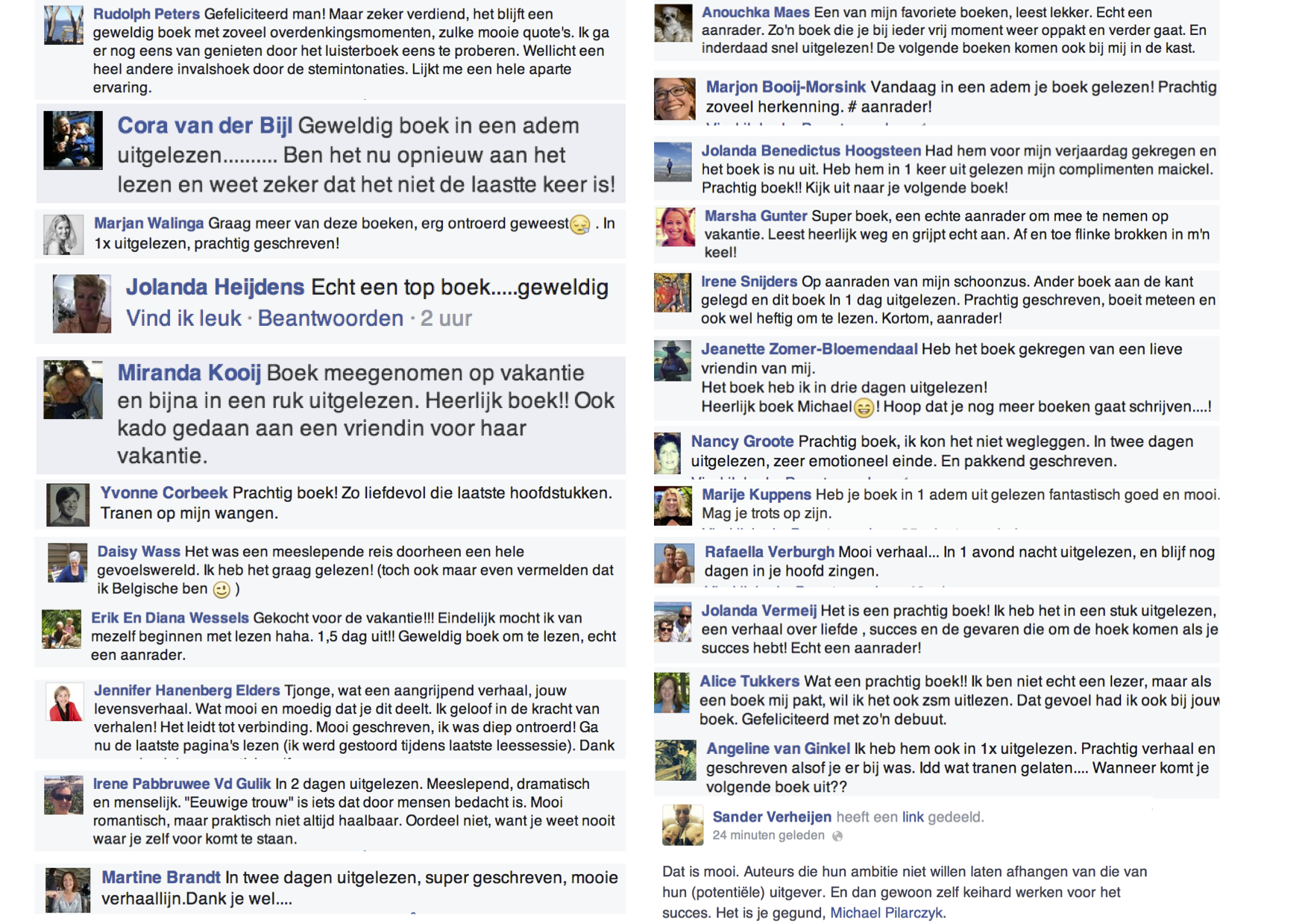 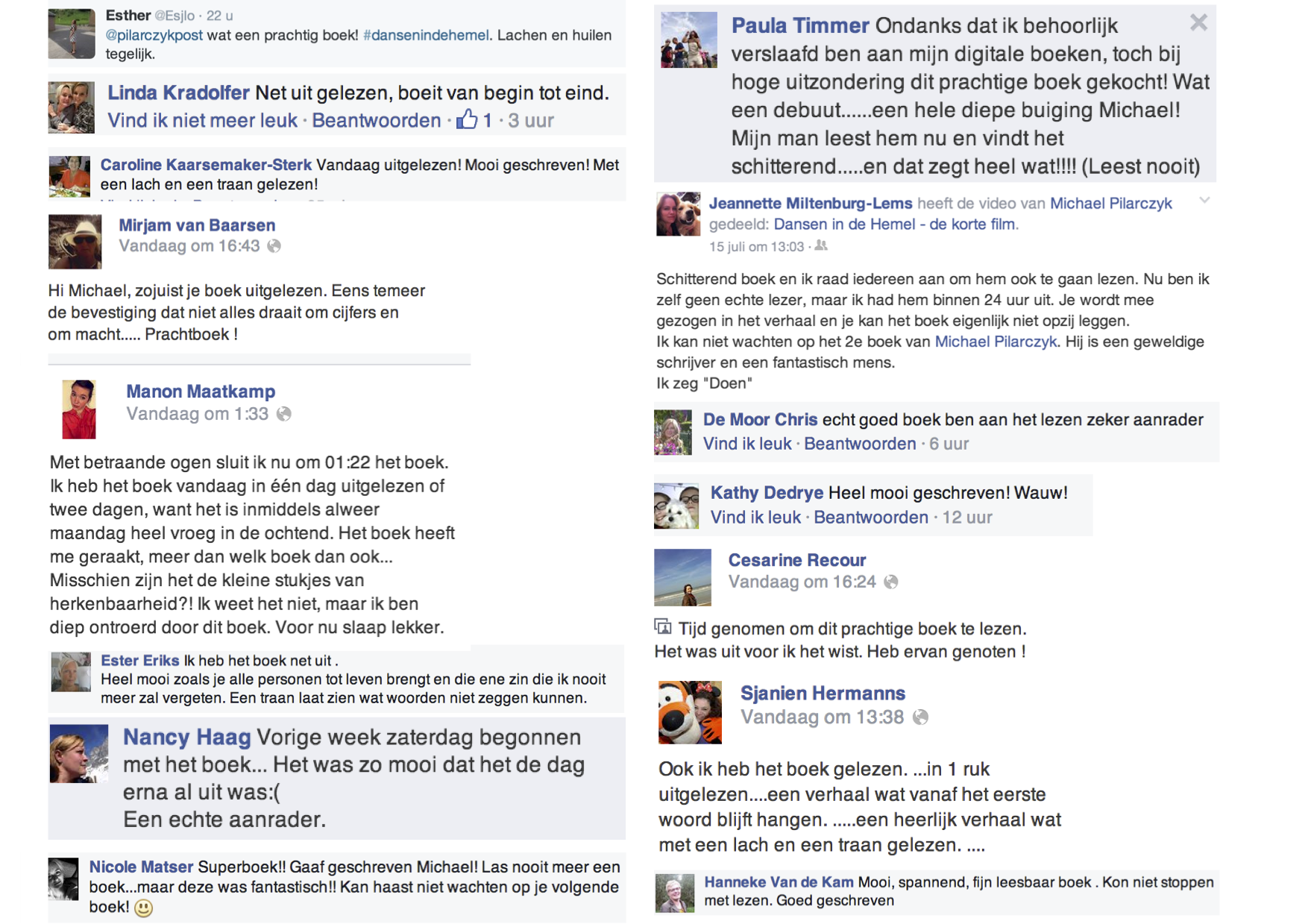 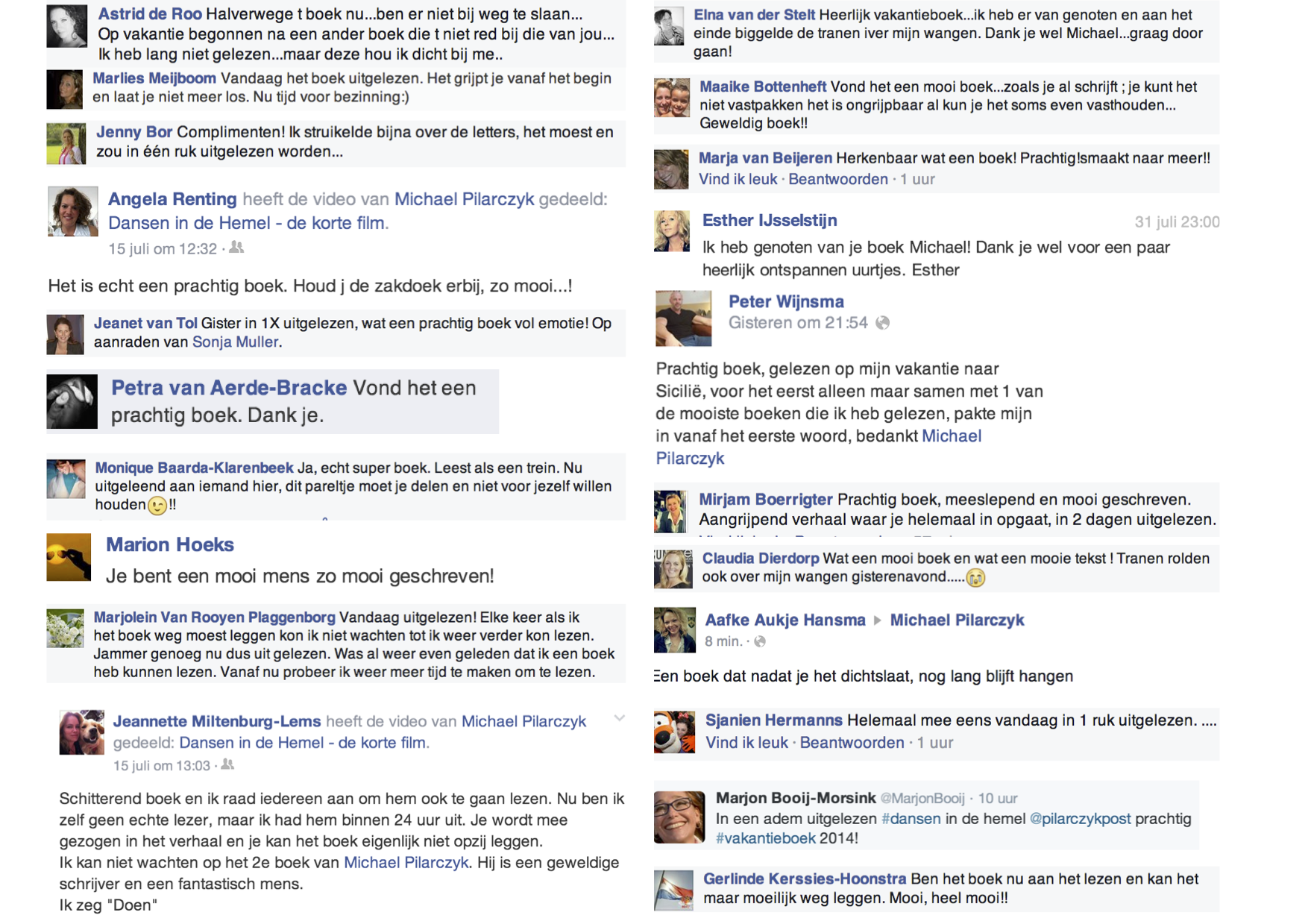 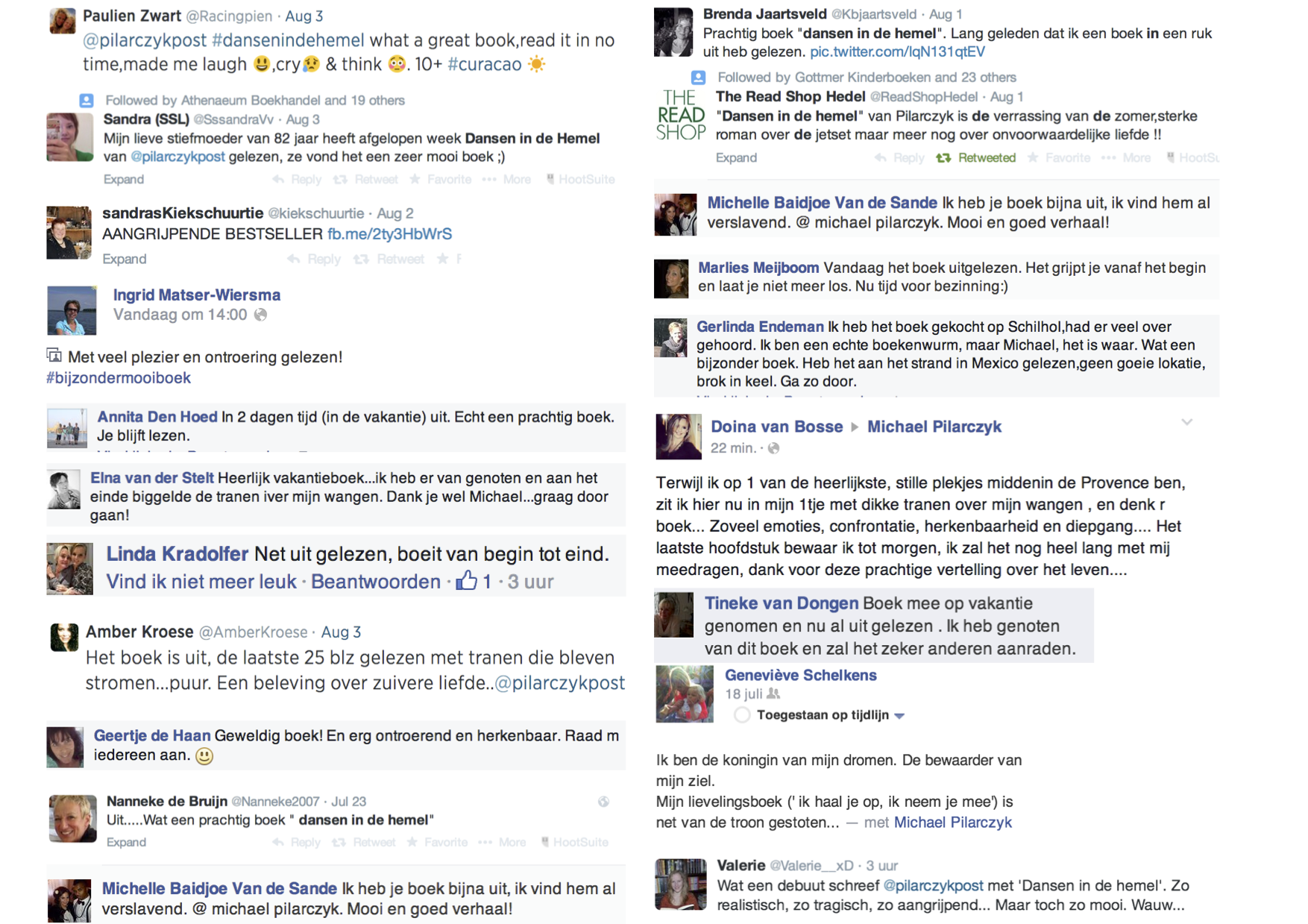 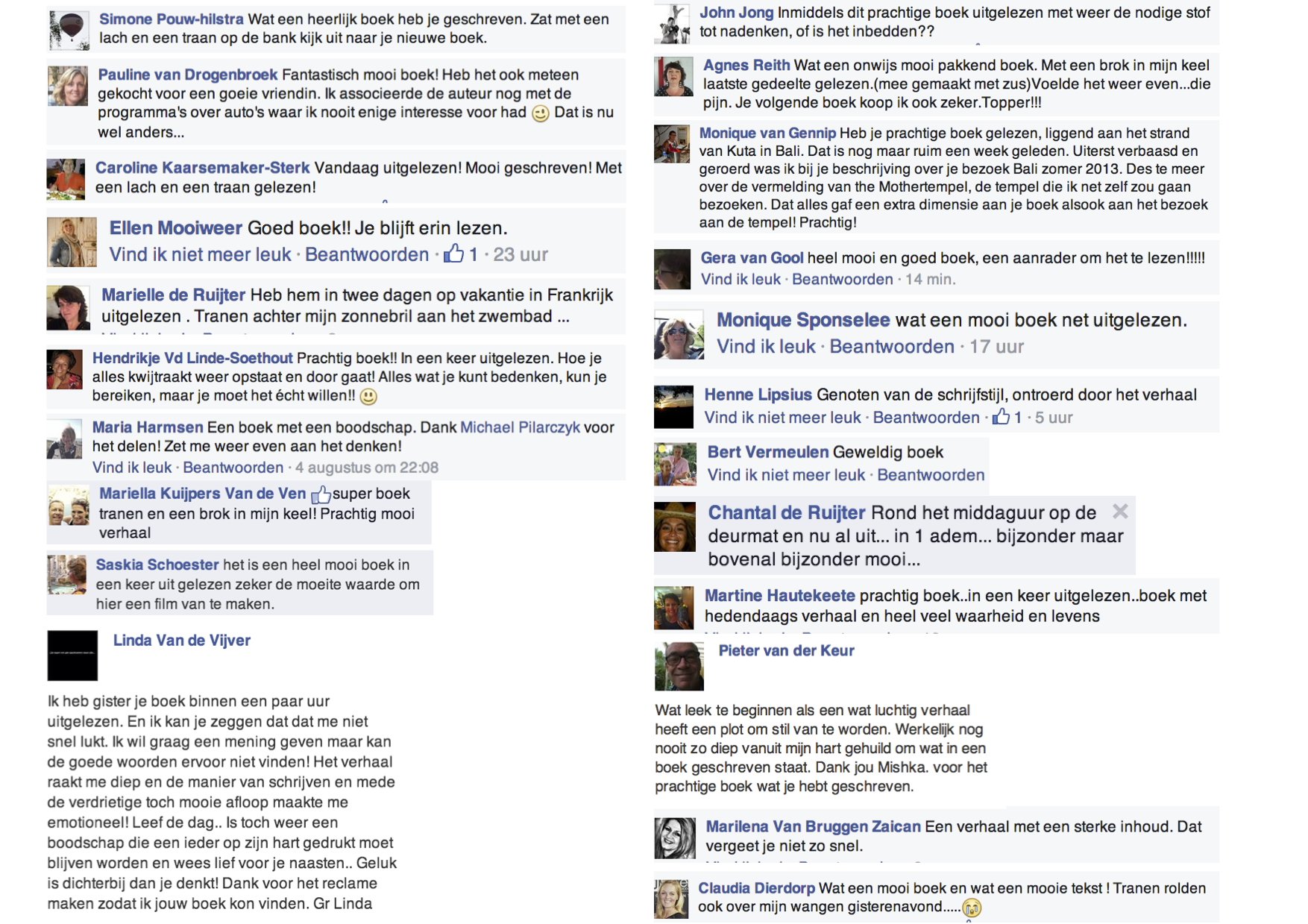 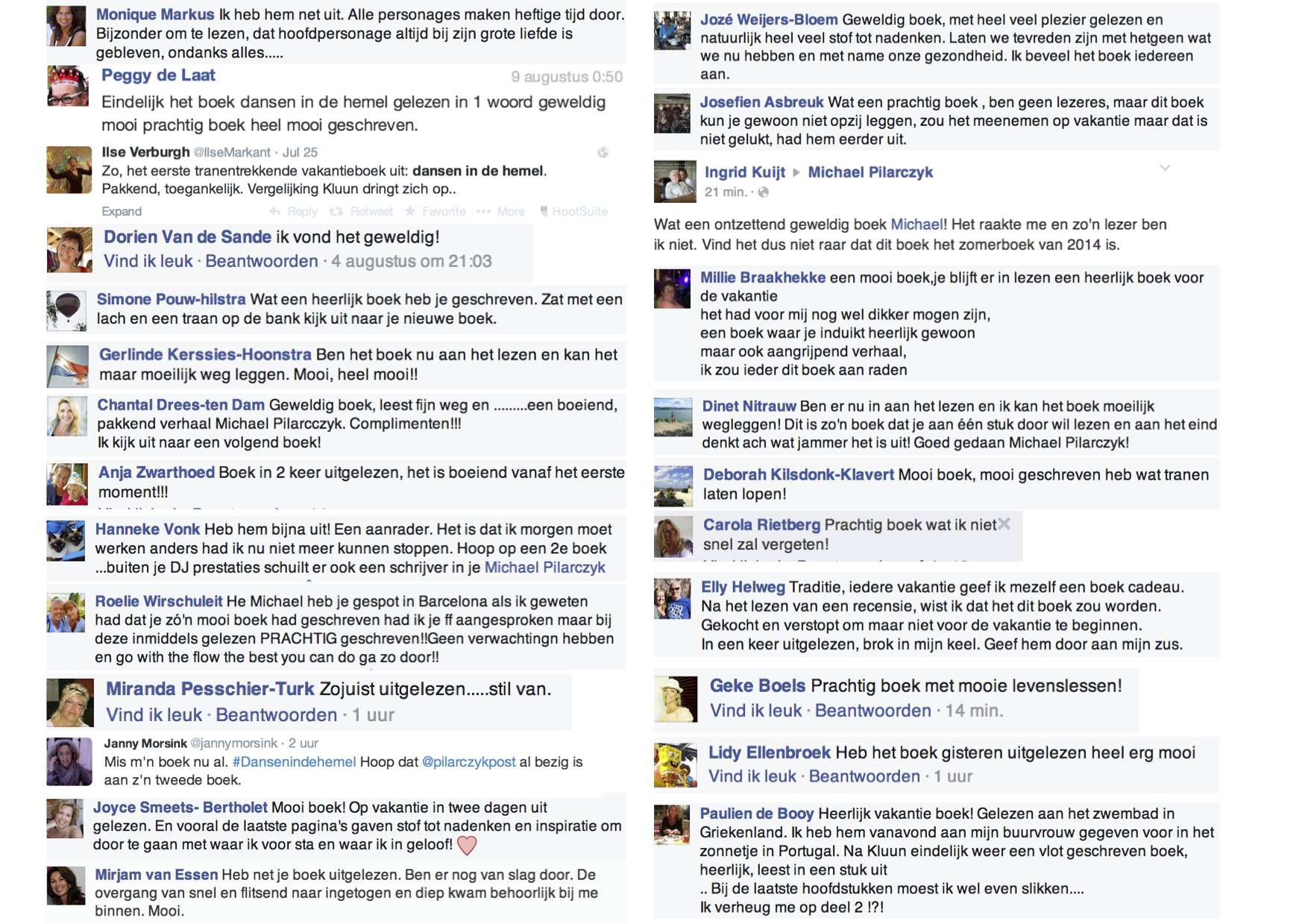 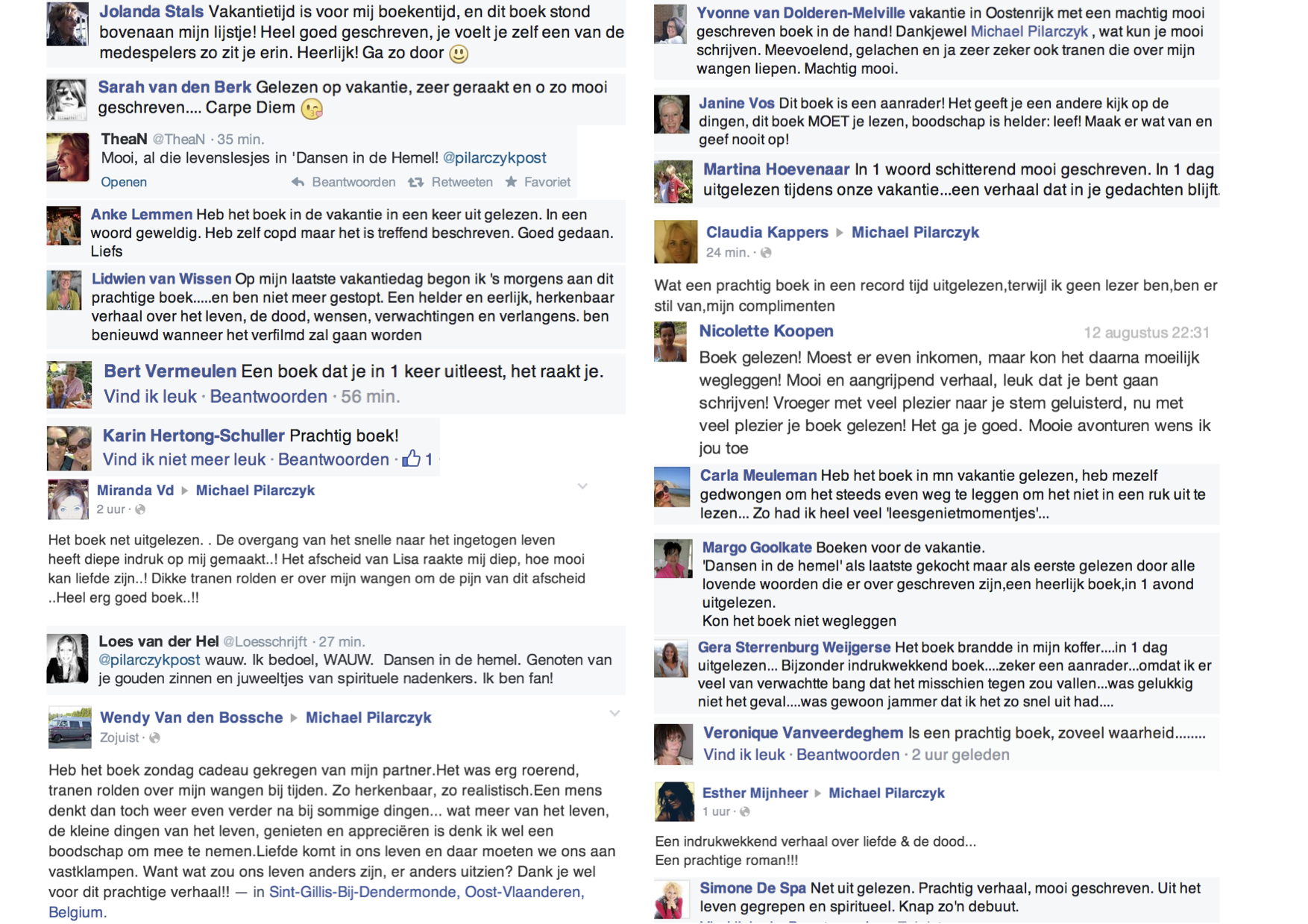 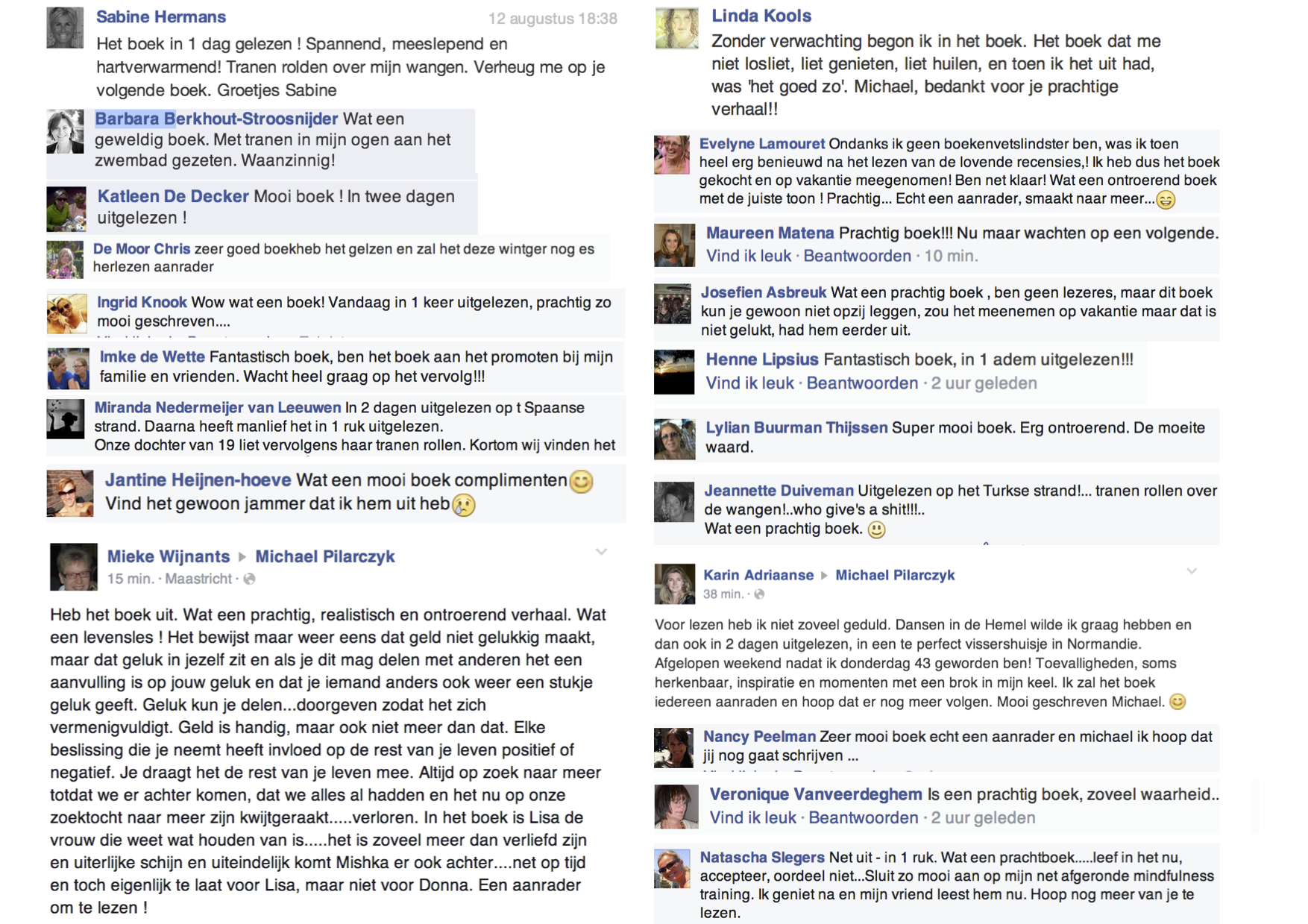 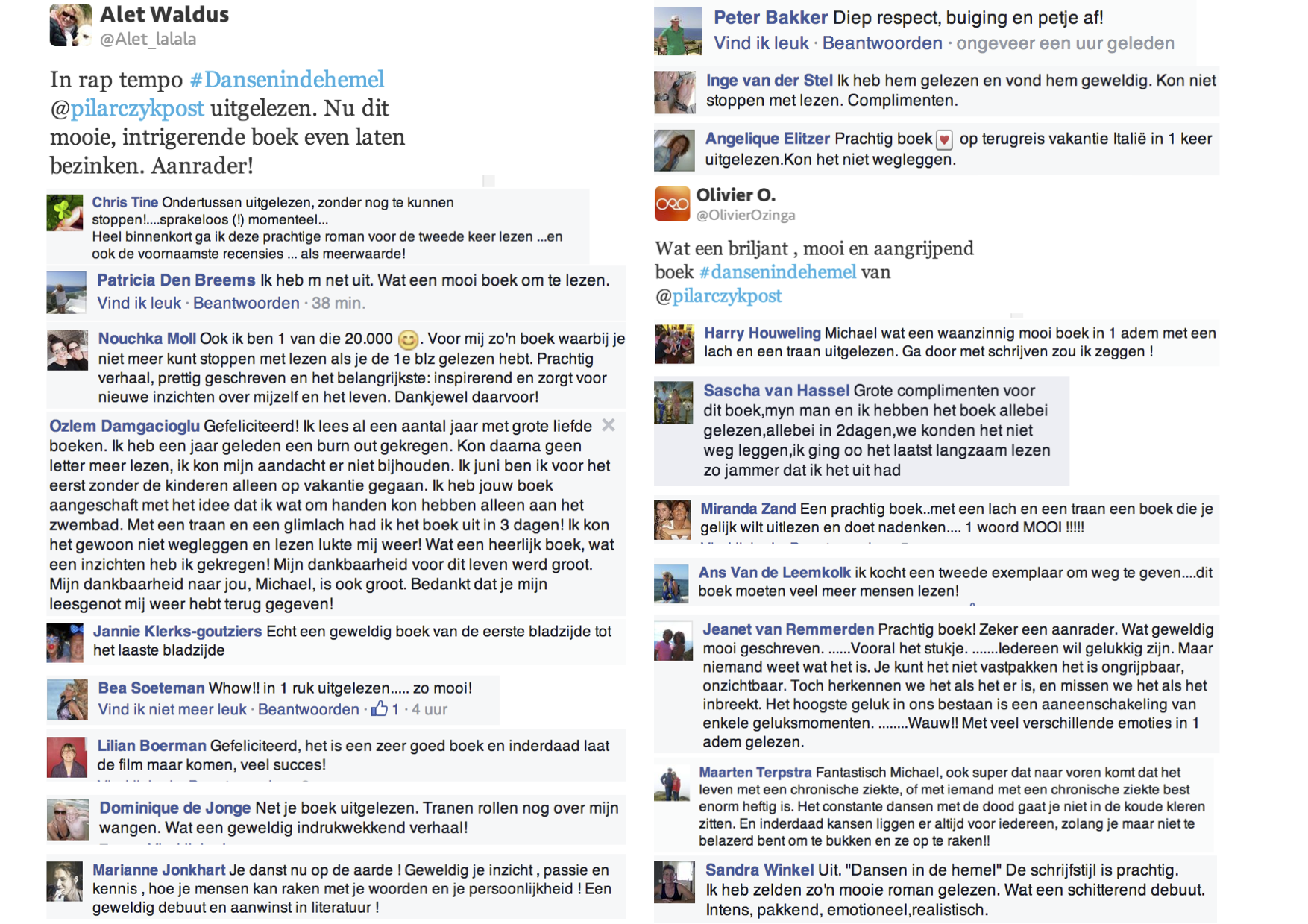 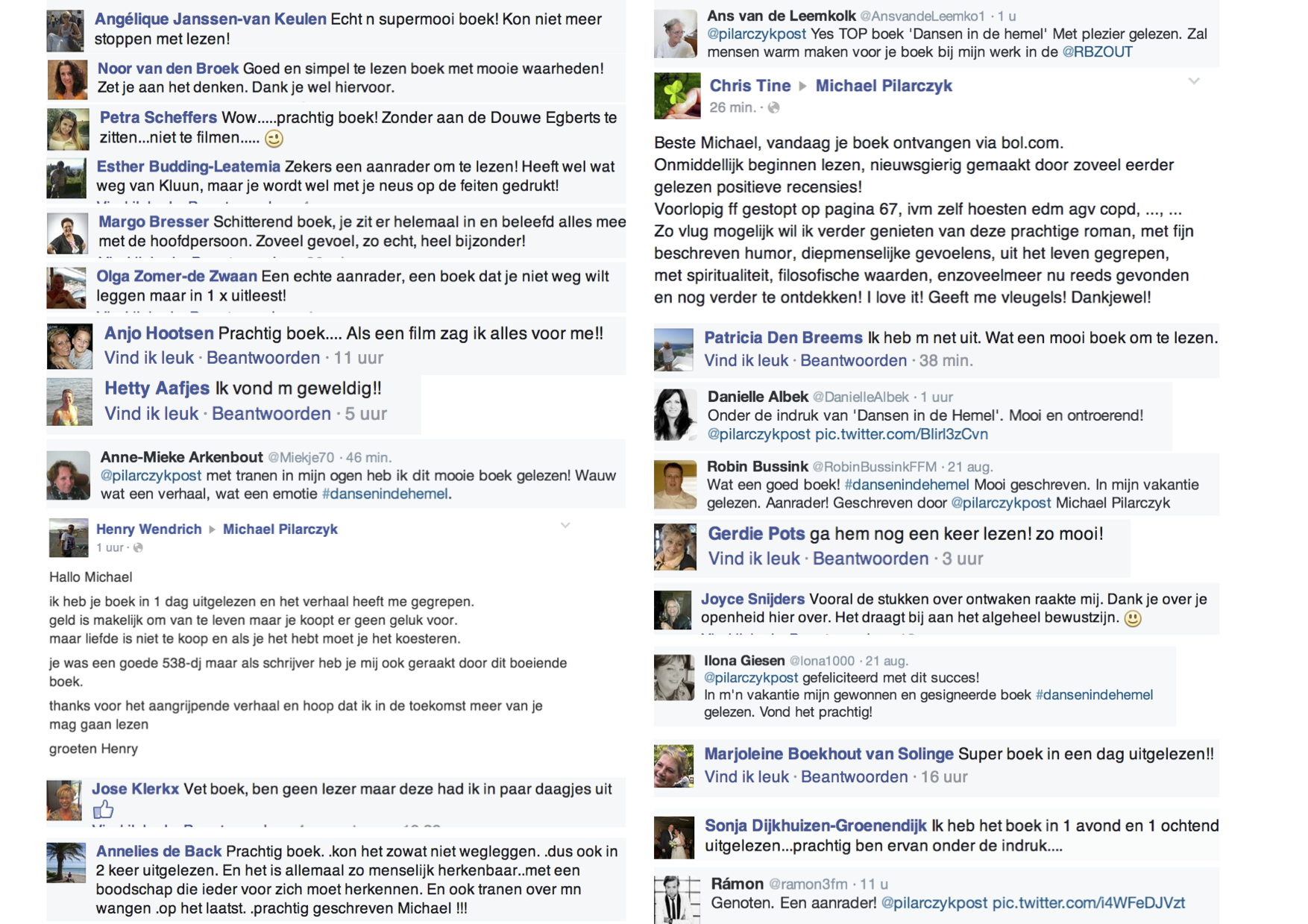 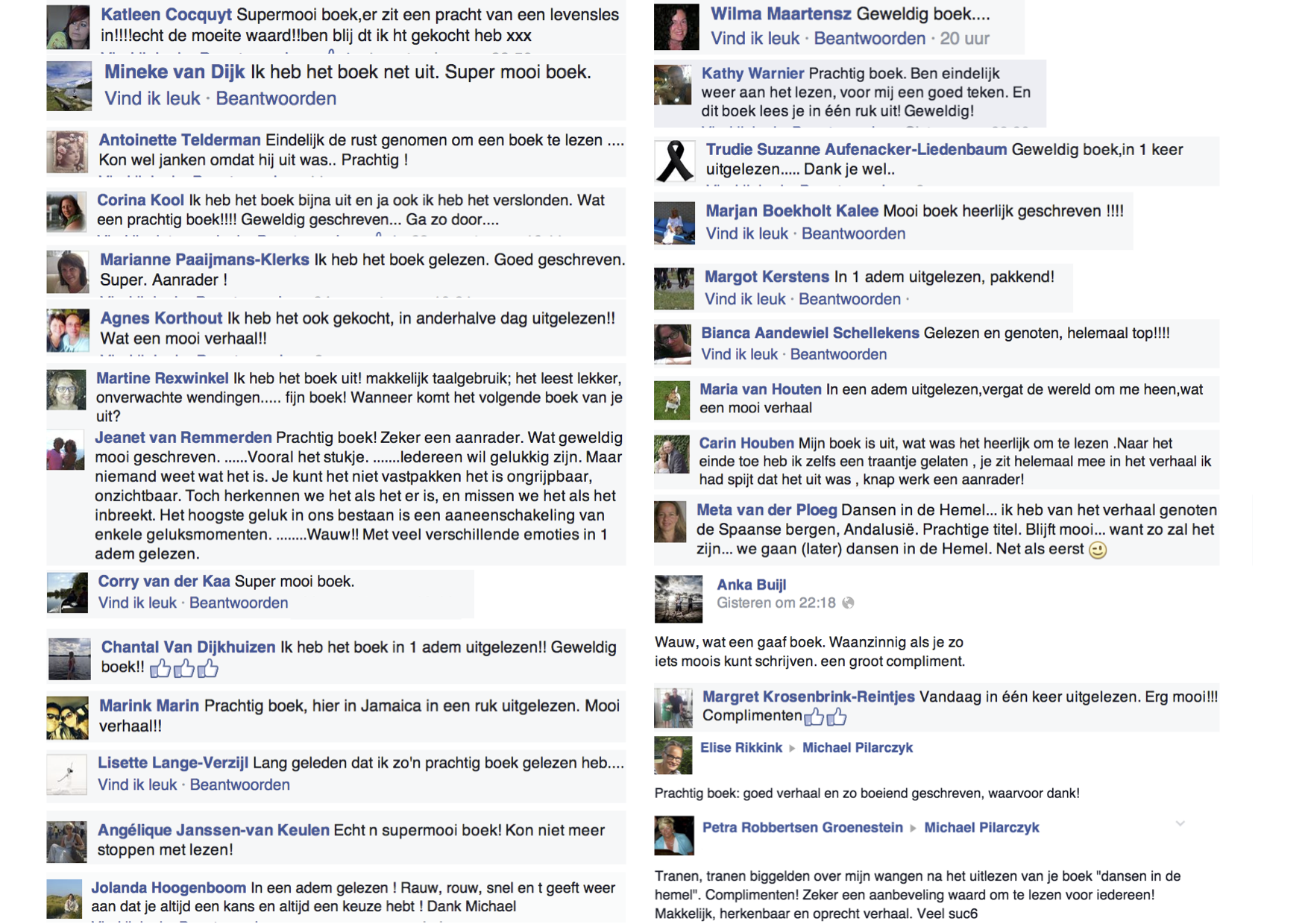 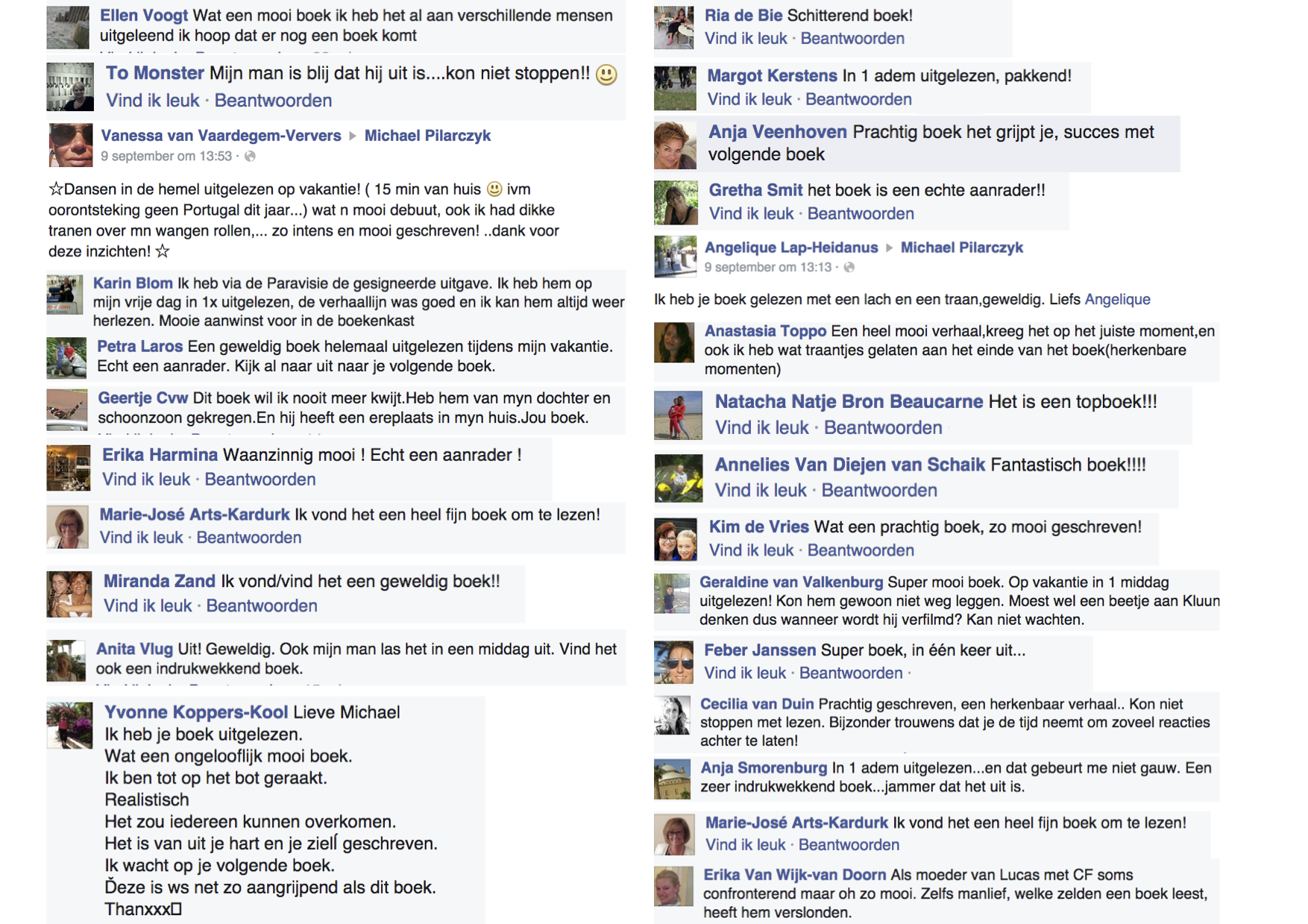 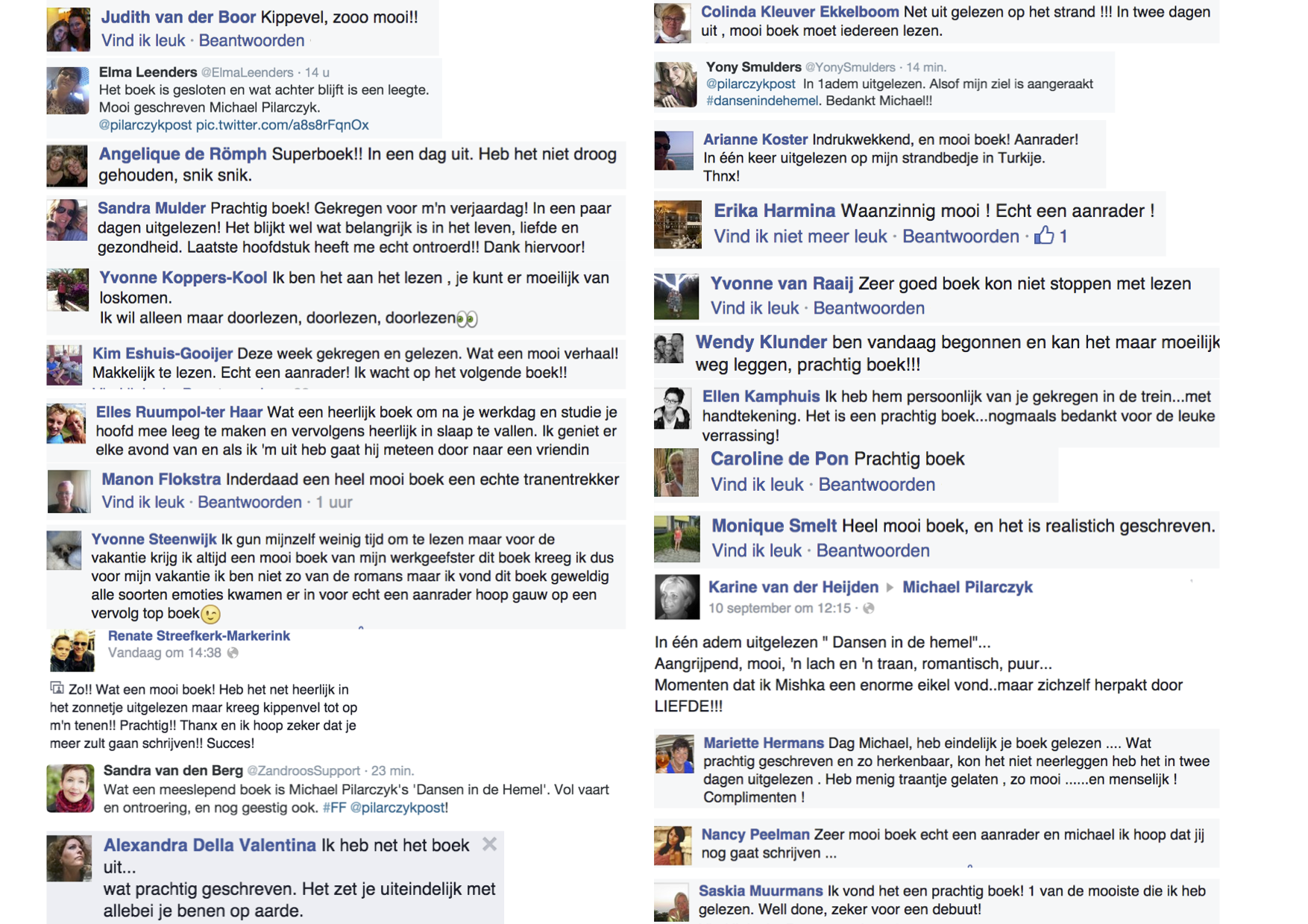 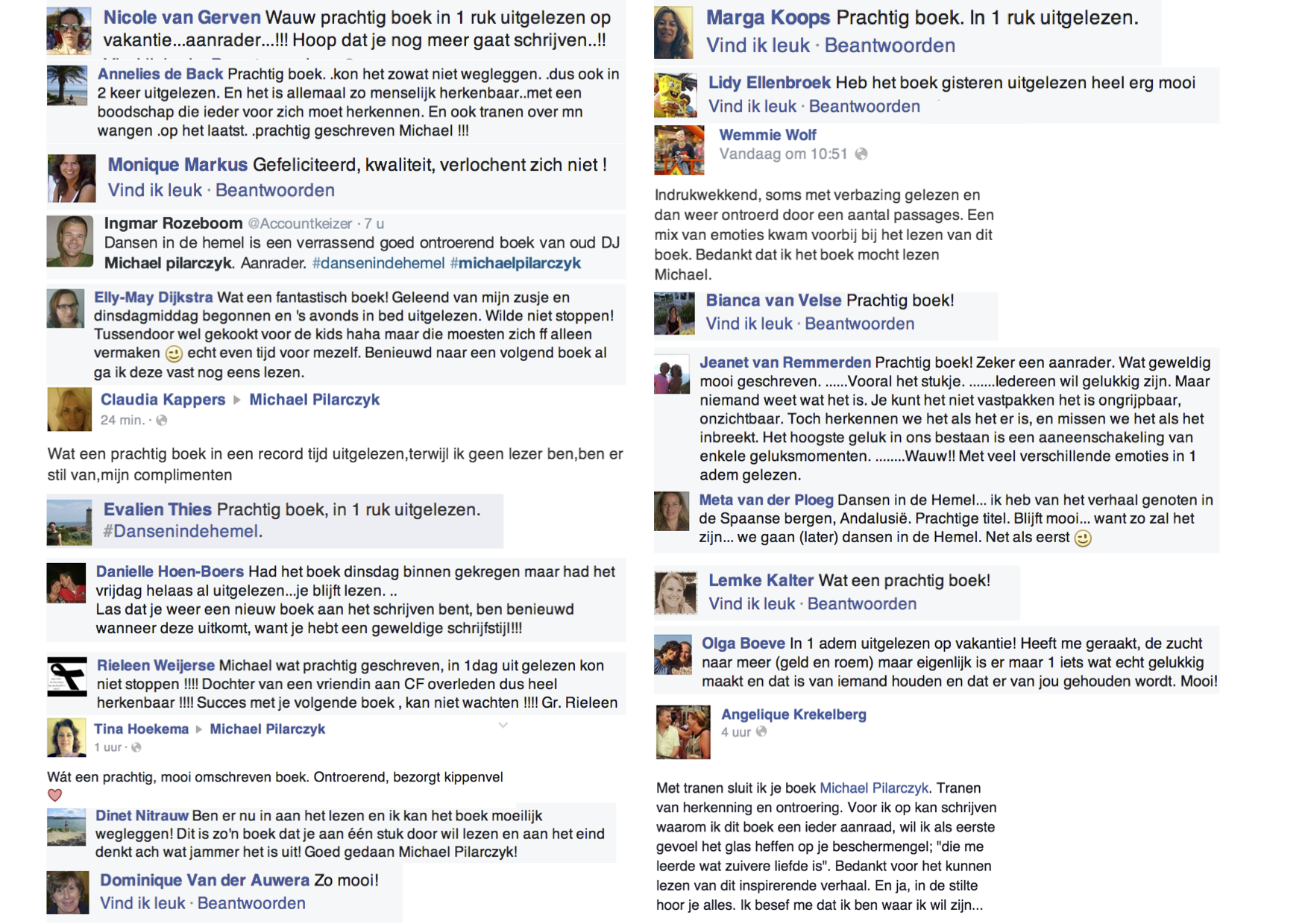 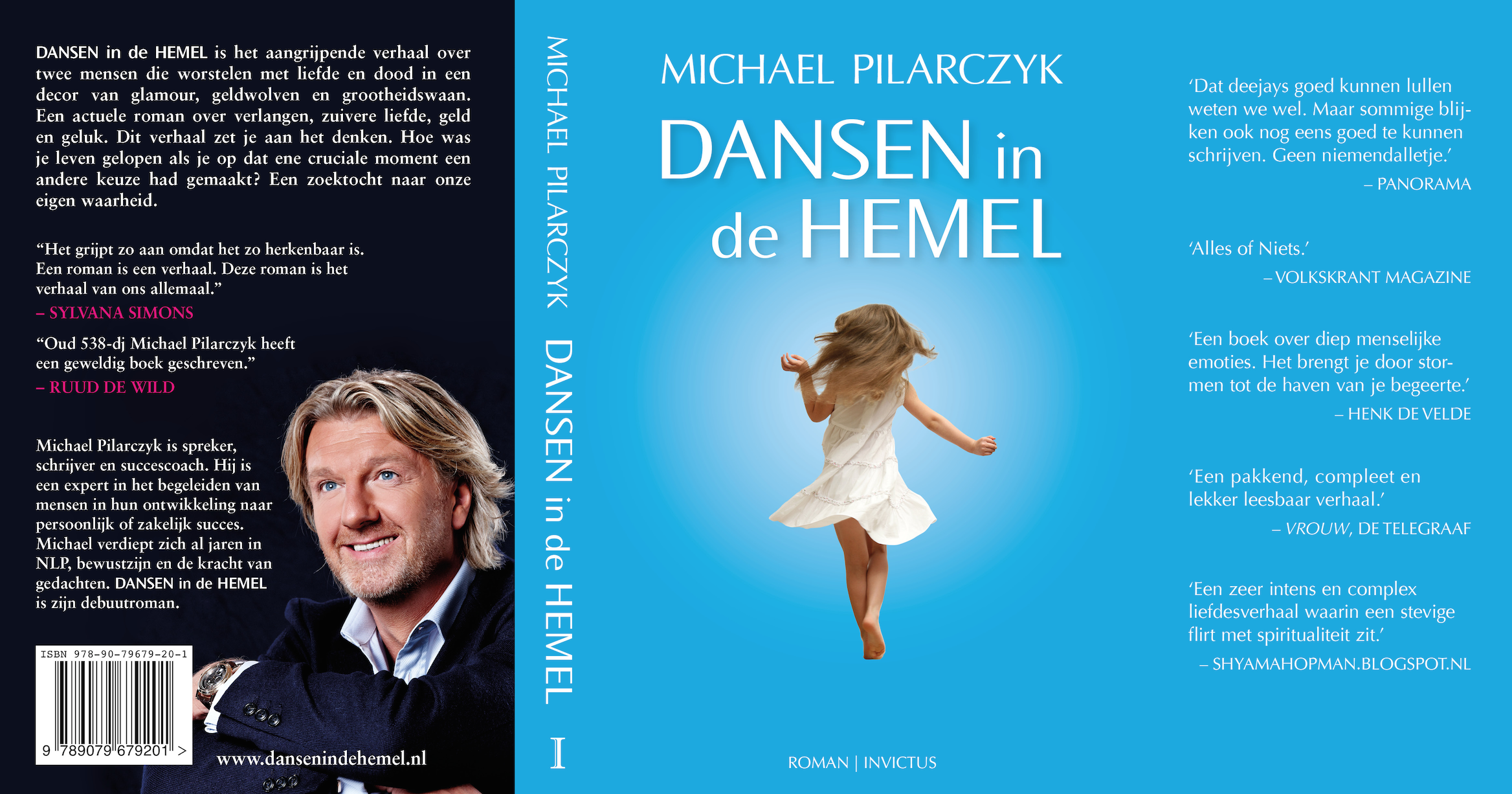